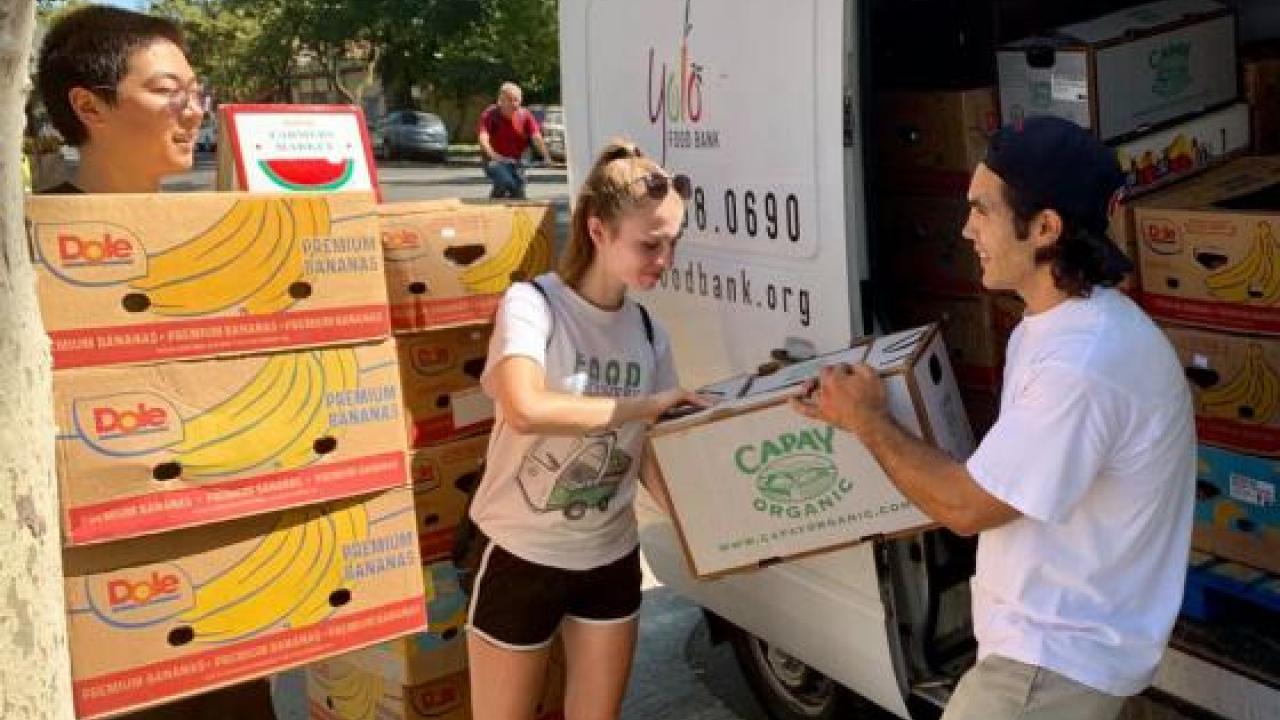 As seen in Dateline

From the smallest of deeds, like recovering surplus food to give to people in need (and keeping the food out of the waste stream), to large renewable energy projects, UC Davis’ efforts in sustainability have the nation and world taking notice — again.

In the 10th annual GreenMetric rankings that came out earlier this month, UC Davis is acknowledged for the third year in a row as the No. 1 “most sustainable” university in the United States and No. 3 globally.

The UI GreenMetric World University Rankings from the University of Indonesia evaluated 780 universities in 2019, up from 719 last year and 619 the year before.

A major project in the works will cut UC Davis’ greenhouse gas emissions and water use by changing the way the campus heats its buildings, going from steam to low-temperature hot water in a project called the “Big Shift.” Learn more in the video above.

The rankings give the most weight to an indicator labeled “energy and climate change,” which takes into account such factors as renewable energy use and sources. The UC system uses a total of some 273 million kilowatt hours of renewable energy annually, more than any other university or college in the United States, according to data released Oct. 21 by the U.S. Environmental Protection Agency — and UC Davis is responsible for securing more than half of that amount.

“Our investments on and off campus continue to pay dividends in reducing our greenhouse gas emissions,” said Camille Kirk, UC Davis’ director of sustainability.

In 2018, clean, renewable sources accounted for 59 percent of the electricity used on campus: 14 percent on-site (solar farm) and 45 percent off-site (two solar farms in Fresno County). Of the rest, 14 percent came from large hydropower (carbon neutral but not renewable) and 27 percent from the Western Area Power Administration.

What goes into GreenMetric

Here are all of the GreenMetric indicators (and some of the criteria for each one):

Kirk noted the Office of Sustainability, in gathering information for the GreenMetric rankings, counted at least 283 sustainability-related events held on campus every year.

One of them this year was the first Campus Sustainability Summit, held May 31, during which Kirk outlined the university’s initiatives and progress, and presented the inaugural Sustainability Champion Awards.

Among the recipients: undergraduate Evan Dumas, honored for his leadership in food recovery, waste diversion, education and fostering food security. Dumas, who graduated in June with a degree in biotechnology, served as president of the Food Recovery Network, a student-run network that retrieves surplus food from campus and delivers the food to the ASUCD Pantry or community food banks.

California's Drought, What Actions You Can Take