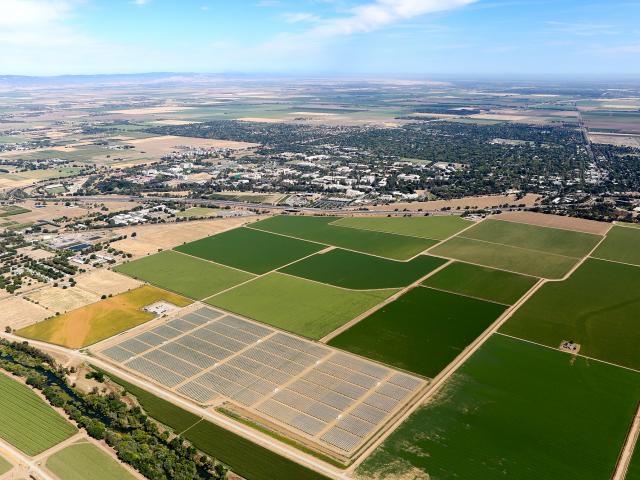 UC Davis took a major step forward in securing affordable renewable energy for the campus with the South Campus Large Solar Power Plant. The plant finished construction and began producing electricity in August 2015. This project helps the campus reduce greenhouse gas (GHG) emissions and is part of the path to a carbon neutral future.

Here are some common questions and answers about the project: 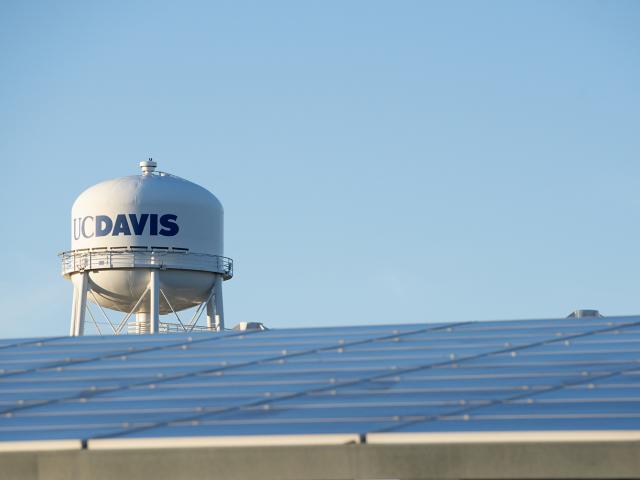 In January 2012, the campus "flipped the switch" on solar photovoltaic installations on various central campus building rooftops and a parking lot; the installations total 756 kW of production capacity, or on average 1,290,000 kWh per year. This solar is a power purchase agreement with Mainstreet Power, and is a 20 year contract. Installations are located at the Winery, Brewery and Food Science Laboratory (near the Robert Mondavi Institute), Parking Lot 1, Graduate School of Management and University Conference Center, Tercero Dining Commons, Segundo North (Adler, Miller and Thompson Halls), Segundo Services Center, and Segundo Dining Commons. All of the panels are fixed (no tracking).

In addition, West Village is served by an on-site, 4 MW production capacity, solar system through a power purchase agreement with SunPower. The West Village solar is located on rooftops and parking lots and is also a fixed panel installation. 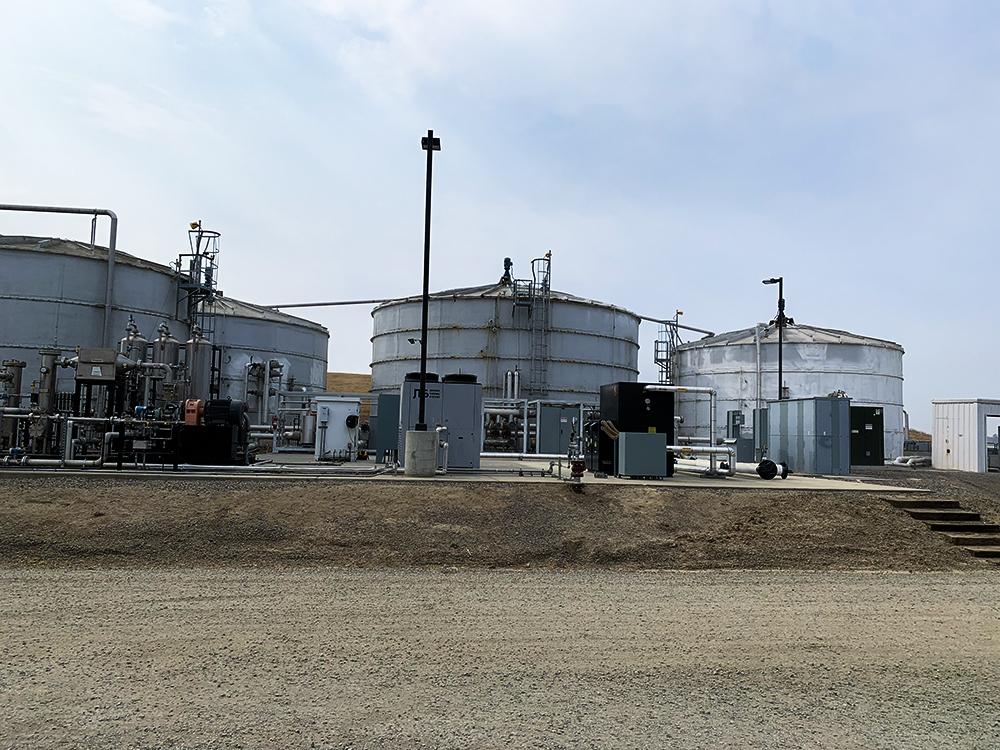 In April 2014, UC Davis officially opened the Renewable Energy Anaerobic Digester (READ), a waste-to-energy facility located at the former UC Davis campus landfill. Technology at the facility incorporates inventions resulting from pioneering research on anaerobic digestion by UC Davis Professor Ruihong Zhang and licensed by the University to CleanWorld. The READ facility was jointly developed by CleanWorld and UC Davis. The READ facility has been operational since January 2014. In 2017, the campus bought the digester, took over operations, and made modifications to meet campus operational requirements.

The READ facility is designed to process up to 50 tons of organic waste per day. A three-stage thermophilic anaerobic digestion process is used with a total working volume of 450,000 gallons. The facility produces biogas which is burned locally in campus boilers for process and space heating needs. A project is underway in 2021 to install equipment to produce organic nitrogen fertilizer from the digester effluent stream. At full production, each year over 18,000 tons of waste would be diverted from local landfills, 40,000 MMBtu of biogas would be generated, and 150,000 pounds of nitrogen fertilizer would be produced.

As of 2021, the digester is fed by the Davis campus’ pre-consumer food waste and food waste from Raley’s stores and other external customers, and production is about one-third of total design capacity – with nearly 17 tons of organic waste going into the digester daily, and about 13,300 MMBtu of biogas being produced annually. When the nitrogen fertilizer production is operational, it’s expected to produce about 50,000 pounds of fertilizer a year.

You can help campus meet our goals by maximizing your energy efficiency and decreasing your usage.

We want to hear from you!

Share your sustainability-related updates, photos, articles and awards with us!